With Archnemesis league coming this Friday it’s time to dust things off and get ready for the next league and end game expansion coming. Long-term players like myself have quite a few things we need to get into order. They're also a few changes to keep in mind to be ready.

Out With the Old While Path of Exile is known for running some great deals around the league start a discount on extra character slots and even expected to come one for stash stabs. Sometimes you just need to do some clearing up.

While all my characters bring some memories from playing them either last league or even years ago. I will more than likely be needing a few character slots for the up and coming league. As it stands I’m also out of slots using the couple I made in the last league.

It was time to go through my old characters to make sure before I delete them that they don’t have anything amazing stored away on them. While I won’t be deleting my Headhunter setup character I made the last league. That does not mean stuff I played years ago does not have something worth banking before sending them to the waste bin.

I ended up deleting any old banking and low-level characters I had. Mostly in part, I’ve bought quite a few stashes stabs over the years now. My old way of dealing with the lack of space was just making a character and storing gear on them and filling up their inventory. Next is quite an impractical feat for me but I try and maintain some sanity. I go through all my temporary remove-only stash tabs and pull out the high valued items. I also do try and go through a few of them and empty what I can so they get removed after I log out.

While I have no direct plans to every play in standard outside of testing a few builds here or there. I never know if one day I’ll get tired of always having to start over in a new league and just want to finish out some late-end game stuff in standard.

I would hate to one day decided to play in standard and find out they deleted a bunch of old remove-only stash tabs out of everyone's storage at some point. Not to mention I have a few items that no longer drop in-game as a keepsake to remember different leagues by if they don’t get deleted out of the database entirely.

It’s rather funny how broke I still am in standard. In my last league alone I more than likely doubled the value of my holdings. It’s quite rare for me to keep going after I get everything I want for a build and finish off my goals. This tends to mean very little currency like exalts are making it too standard for me.

In With the New We are now close enough to the next league that most of the information we need to come up with builds has come out. During these next few days, there will be a lot of heavy theorizing and testing by the Path of Exile community as they chomp at the bit waiting for the league to start.

Unlike most leagues where I sometimes within hours of start still have no clue what I’m going to play I’m doing things a bit different this time around. In the last league, I upped my game by focusing on having a boss-killing character for farming. It allowed me to set quite a crazy goal of having a Headhunter and reaching that goal along with quite a few other things.

While I’m still uncertain what my end game goals are going to be other than wanting to take down some of the new bosses and old ones I’ve never fought before. I have a good idea that my league start is going to be an Explosive Arrow of some type. I am for now leaning more heavily on it being a champion and wanting it quite tanky to deal with new content.

I even went out on a new character and did a trial run of gaining some lower levels. I wanted to make sure the leveling process I have laid out is going to be one that I can both stand and work out any shortcoming ahead of time.

This way when it’s league start day I’m not fumbling around undecided or trying to work out how to solve an issue I’ve run into. I’ve already got a decent feel for things and knocked some rust off from the break I’ve taken from the game. While yes, there will be some skill changes that will affect things. I’m at least a bit more prepared than I usually am. 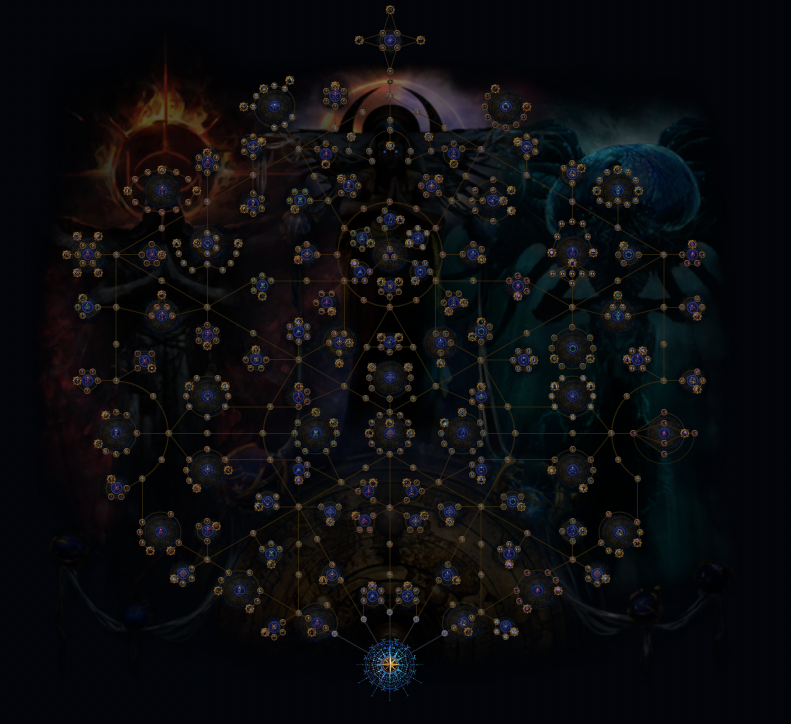 Now is also a good time to try and stay up to date on information coming out. Recently they released the full Atlas skill tree and not just the patch notes for it. So you get to see the insanity they have created.

While many will create content around the best nodes or so they claim. Since every single possible build and activity, someone is going to partake. Will be in be impacted by the new Atlas skill tree system. It’s safe to say there is no one-size-fits-all.

While fully maxed out of doing everything will net you 128 points. It’s fair to assume most will never get near that amount. While respecting each point from my understanding will have an expected cost of around 2 Orbs of Regret to buy Orb of Unmaking from a vendor from my understanding. Who knows what could end up changing. Orb of Unmaking also does drop in-game for people to farm. Not to mention that is going to put a bigger strain on the Orbs of Regret market as we have never seen before if you can exchange them.

Since I have plans to do both bossing and delving I will be looking at the Atlas skill tree to meet those objectives. I’ve also noticed many have overlooked the Delve nodes or value them near worthless. For a delver, you don’t want to spend all day farming maps for Sulphite. You want to be down in the mines farming. So getting all the Sulphite you can in as short of a time so you can stay in Delve is critical.

In exchange for earning an Atlas passive point for completing a map for the first time, we are also losing the old bonuses for doing so. While there are quite a few nodes for increasing maps dropping a higher tier on the tree. Many players now are not going to have anything near what they use.

This is in part why I’m keen to play a lot of Delve with the up-and-coming league. While maps can drop corrupted and that is always lame when they become near worthless. Players now want to complete each map for an Atlas passive point. Not to mention sustaining could be an issue. So Delve could be a trove of currency in terms of getting a lot of map drops.

There are also some things that it is still quite early to do. They are however things you should have in mind. These are going to be your third-party websites, programs, and an item filter.

With less than two days remaining to league start just now Path of Exile releases information for such things as Item filters. This means things like Filterblade are having to burn some midnight oil to get things ready in time.

It’s always a good idea couple of hours before the league starts to make sure everything is updated (Path of Building Community Fork, Exilence Next, Awakended PoE Trade, ext) as they are expected to have last-minute patches.

You also want to make sure any old websites you were using for information are updating for the league and are still in operation. Over the years quite a few fun websites have shut down or stopped working. It’s best to find out now instead of hours into the league when they are needed. At least for me each league I partake in is fun having some goals in mind. While it’s not uncommon to come up with more while playing to add to the list. With how massive of a game like Path of Exile is it can be easy to get distracted if you don’t have a plan in place.

In the last league, I decided into the thick of things that I wanted to go for a Headhunter. This time around I’m still undecided about going after any big-ticket items. While headhunter was fun to do a lot of the reasons I want to did not make it into the core game. So, at this time I don’t desire to farm enough to get one of them again.

Early on I’m going to be focusing on maps, Delve, and Heist. After the early stages, I’ll more than likely be dropping Heist once I get a decent bankroll started. While they can be fun and a way to break ground up. I did notice the last league there came a point where they were not worth my time and turn into a massive grind themselves.

I do know this time around I want to be killing bosses and seeing some of the newer content. Part of me reaching this goal will be starting with a league starter that can kill bosses to some degree. Since it is a league starter there is a high chance I’ll end up making a second character once I have a few exalt and playing something better to reach that goal. I’ll have to see how far my starter can go.

I also want to complete as much of the Atlas as I can. While last league I came quite close. I still fell short of doing so. Some maps can cost multiple exalts to buy if you don’t get them yourself. There were also some things my characters last time could not clear.

While I don’t expect my league starter to be a quick leveling one and I never am anyways. I’m hoping I can make the time to make it into maps by at least the second day. I also want to be hitting red tier maps by Monday if not sooner.

The quicker I can get to the mid-game the more opportunities I can create for myself early on. This will also give me ample time to make any huge adjustments I need to my overall strategy without falling that far behind.

For those that play Path of Exile, I hope you have a great league. While the league itself is not looking that exciting since we are getting a massive end-game expansion. There is going to be a lot of fun to be had and new things to do.