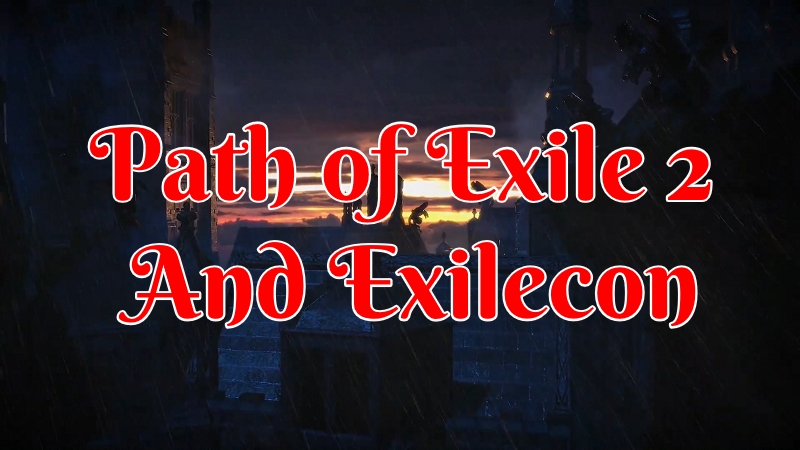 Over the weekend Path of Exile sent shockwaves across the ARPG gaming genre about a tight-lipped secrete they been keeping—Path of Exile 2. Grinding Gear Gaming the company behind the title who has been known for innovating and turning the genre sideways was in full show and tell mode during their first-ever convention called Exilecon.

As a massive fan of Path of Exile, I was shaken to the core with my ears peaked in interested in what this means overall for the game and this new direction they are heading. Grinding Gear Gaming the developer is taking a massive risk and trying to solve some pain points they themselves are dealing with along with ones that are in the gaming industry.

Path of Exile is a game created by an indie developer born out of a garage-style development by just a couple of people. Over the years they have made a lot of choices that have a profound impact on how the game is played. Since then they have evolved and the amount of staff they have has ballooned in size. With so many people involved now, it’s no wonder they want to make some major changes to the game.

While they could have just released a massive and free expansion as they have in the past. They wanted to send a clear message that quite a few core fundamentals of the game will be changing. Along with the fact they just want to move in a new direction and not have to tie up all the loose ends that Path of Exile has. So, rebranding it as Path of Exile 2 just makes sense in this new direction the developer is looking to take. 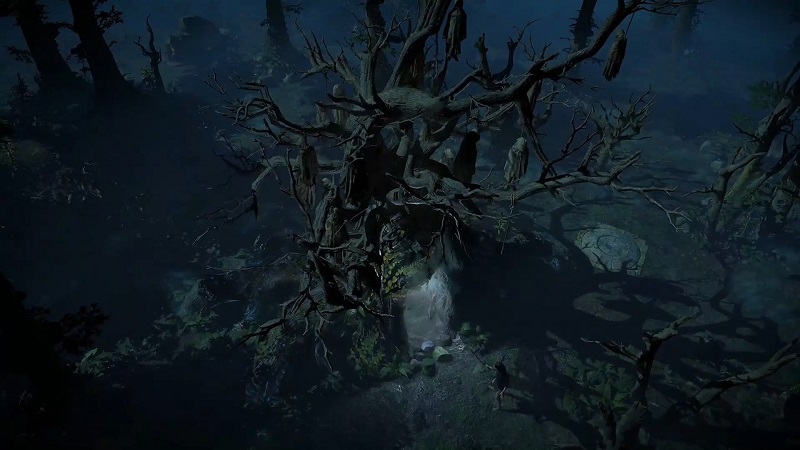 Darker, faster, and oh so sexy looking. That is how I at least view this new rebranding of a game. It’s also going be much deeper than just an overhaul of graphics with a couple extra fancy bits like some companies have done in the past. They are going full out to the point it should feel like a new game.

Path of Exile 2 will have seven new acts for the players to enjoy. From the first act that they proudly showcased during Exilecon we could see the game took a much darker and eviler twist from the sound playing in the background to the environment around the character.

They are not just forgetting about the older players. Path of Exile itself is a free to play game after all that has survived on microtransaction that focused on cosmetic items and banking space mostly. They don’t want pay to win in their games they also understand some players have spent a lot of money over their years on cosmetics. As such they will be transferring over all the old cosmetic and other items those players have spent their hard-earned money and time acquiring.

That in itself will be a massive undertaking for their inventory management team. Some of us players have a massive stash of items that need to be converted over to new standards. Perhaps I better clean up my packrat ways to lessen the burden. I’d show you a screenshot of my mess but I’m not trying to break the internet.

Items are not the only thing they are taking along with them to Path of Exile 2. They are doing a massive revamp to the zones in the old acts to move them up to the new standard they are looking to set. This will mean players will have two separate campaigns they can go depending on which path they are looking to take. Both of these campaigns leading the player to run maps and the rest of the game. 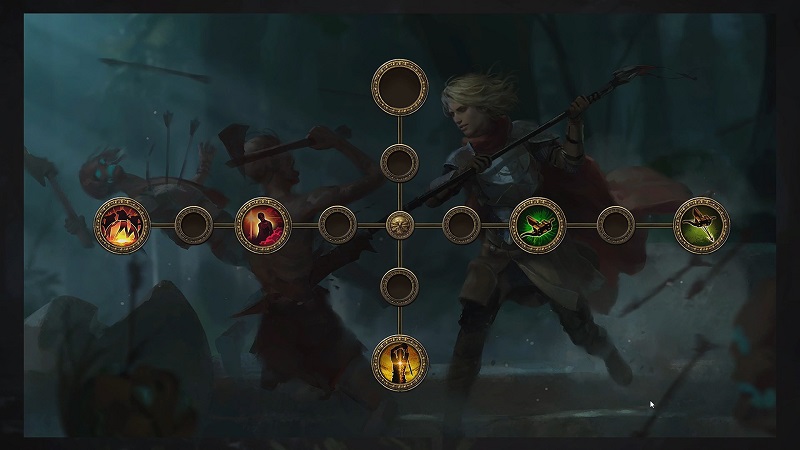 Having two different campaigns is going have some impact on gameplay such as will play as ascendency class the player has unlocked to play. It is nice to see they are giving it some purpose and not something they just are dragging around for the ride. The above screenshot is quite a different ascendency tree then we are used to seeing. Why one of them even has a werewolf form the player can transform into at will! Now that is some cool new stuff coming that the old Path of Exile would have struggled to pull off.

Grinding Gear Games has hinted a lot of the new tech, improvements to the game and a lot of other stuff we have been seeing over the past year are in fact due to Path of Exile 2. While some of it they are holding back till the full release other stuff like graphics upgrades, performance improvements and how far they can push things will be getting released as it becomes ready. 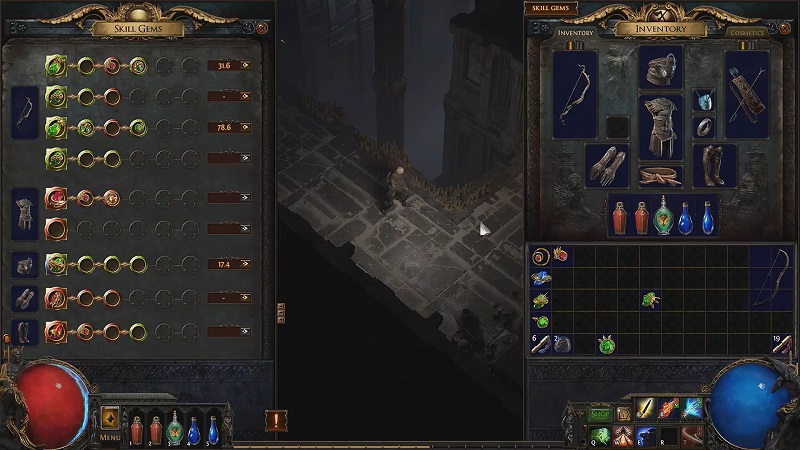 One of the fundamentals of how the game works is going change as well and in my opinion for the better. Sockets in gear have always been that thing that held players back from progressing and switching out to better-stated gear when they found it. They would have to roll the sockets and links on that new set of gear to fit their old gem skill links in.

Now, for the most part, they are moving that to its own window. Gear will still have some impact on sockets and colors. It, however, will now make it much easier for players to swap out new gear. The main focus is moved to the gems themselves and how many sockets and colors they came with. This, in turn, is expected to create new value in the market for skill gems moving forward. 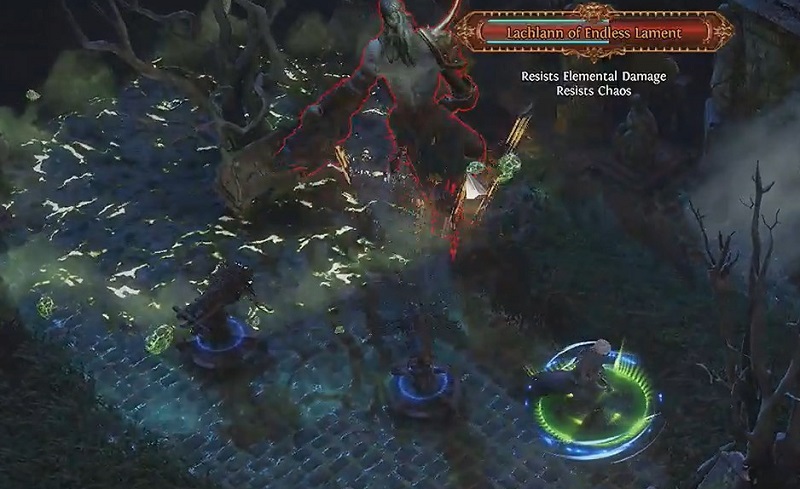 They also plan on putting more focus on boss fighting and in general making the game harder. Over the weekend they sure had fun having popular live streamers for Path of Exile such as Zizaran and YouTubers like Mathilification try out the first act live on stage. They got brutally crushed not only by trash mobs but the new bosses as well. Admittedly the game was cranked up a bit beyond expected difficulty for entertainment value and it sure did developer.

I just liked the fact they had a working demo of almost the entire first act for those who were able to attend to play. While I do think it is out over a year from now and it sounds highly ambitious. Path of Exile 2 appears to be ahead in development over Diablo 4. Path of Exile also seems to be beating Diablo 4 at their own game as far as darkness, difficulty and getting fans excited for the future. While I was not quite as impressed with Diablo 4’s rollout of the information I still remain hopeful. This perhaps will dawn a new golden age for the ARPG genre if a few titans of industry are able to pull things off. 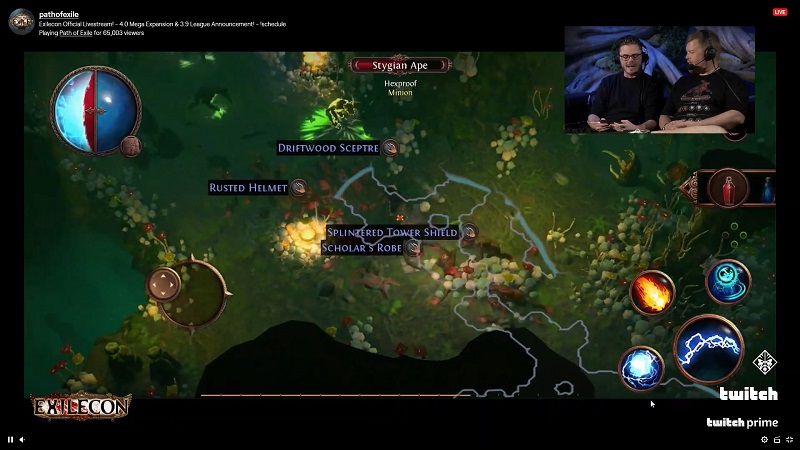 While they were not real clear on the ins and out of this product It’s really no shock to me they are looking to go this route. Many gamers were wondering what influence having a major shareholder like Tencent would bring and I’m going speculate this might be the ticket.

The gameplay itself is mostly going be around what players love doing most in Path of Exile and that is running maps. They showed a short demo of a map clear and talked about it only a little bit.

They clearly were a bit hesitant in sharing this development as everyone knows things did not go down so well when Blizzard Entertainment announced Diablo was going mobile. There is however some major difference between how Grinding Gear Games and Blizzard Entertainment rolled information out for these products.

Blizzard Entertainment during its own event called BlizzCon back in 2018 announced Diablo Immortal a mobile game. They did so to a PC enthusiast crowd and had next to nothing to show for them after an unfavorable bout with the who attended that event. Fans where pissed and felt like they were being forgotten which is how I felt after it all went down.

Grinding Gear Games, on the other hand, went strong with their announcement for Path of Exile 2 on the PC. They then heavily underplayed whatever is to become of this mobile game they are working on as well. This, in my opinion, was the right call. They understand what has made them successful in the past and they are not looking to turn a blind eye to it.

One major thing that came out of this that I liked is they are not looking to load up this Path of Exile Mobile with pay to win microtransaction. It seemed in a way this extra thing players who love the game can enjoy on the go. While I don’t plan to play it I’m secretly hoping there will be some kind of saved progressing between the two games.

What I think is it would be kick butt if you could go run maps while waiting in a meeting, on a bus, or just taking a short break and want to play something while not home and have some progression count towards your main play thought. That is however major speculate on my end and not something they even hinted at. This product seems still quite early in the development of what role in the Path of Exile universe it will play in. It could be none at all or just another way for fans to enjoy the game when they are not home.

Meta Morph And Conquerors Of the Atlas 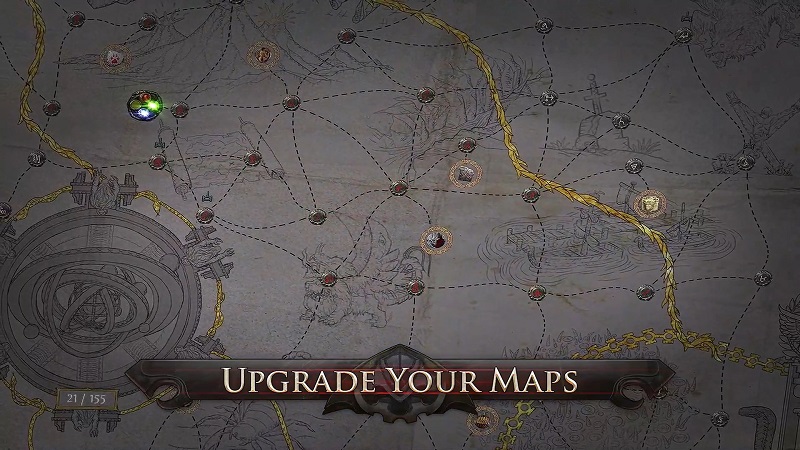 During Exilecon Grinding Gear Games also talked about some up and coming stuff that will be going down in December. Such as Meta Morphs where you will be able to collect samples from creatures and bosses you have defeated and combined them into a new encounter to fight. Along with Conquerors of the Atlas where the former Exiles are views as evil and were trapped in the Atlas changing up how maps work.

I think the general concepts for both of these sound cool. I’ll be writing up a full view of my thoughts regarding these closer to launch when more information is available. As such, that all I’m going to say about these for now. 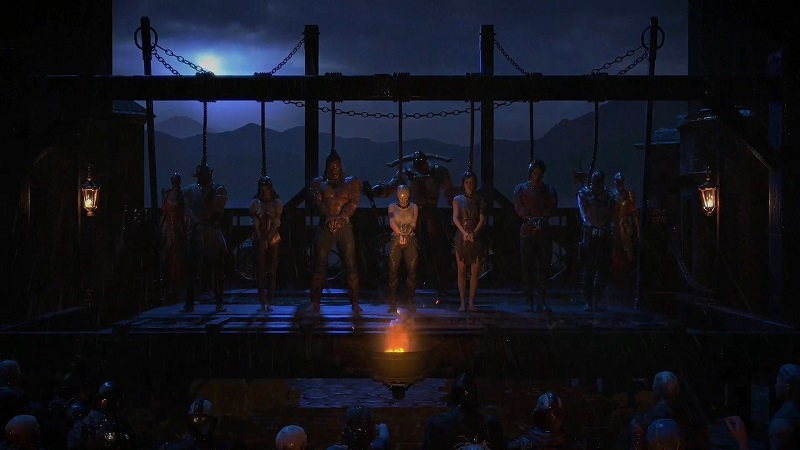 It feels like I’ll be getting a whole new game to play in a year or two. I’m super excited about the future of Path of Exile and the new direction they are taking things. I like I can still enjoy the original one without hesitation and it keeps receiving improvements as they work on the second. When the time comes I’m sure there will be a couple of bumps in the road as it converts over. This is the kind of innovating I like seeing. It’s risky, does not want to fracture the community, and looks like a win for me as a player.

The content was written by @Enjar about the game Path of Exile. Screenshots are from the Path of Exile Exilecon Official Livestream.