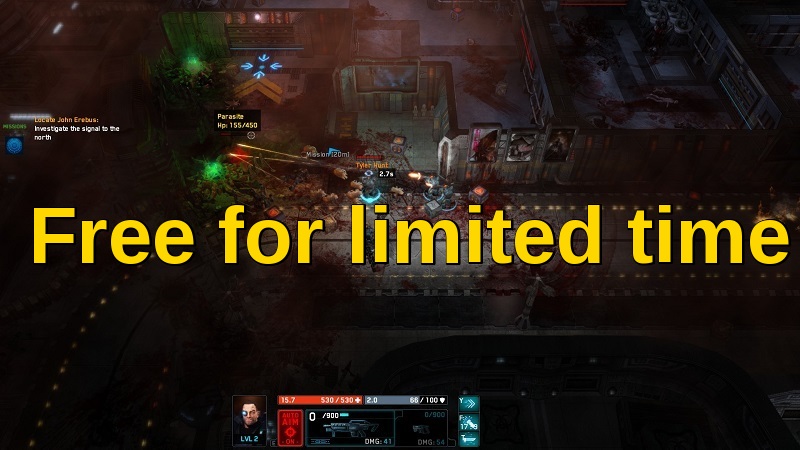 As a fan of Satellite Reign and Shadowrun type of games, I went into this one with high hopes. I have enjoyed a few games now where you command a small group of characters and each one has a role to play in that group.

This task based game of going to different checkpoints, managing your ammo, and dealing with swarms of monsters is rather fun among other things. It also has some character progression, storyline, and tactical thinking. To be fair to the game I’ve not finished it yet since there is a limited amount of time to claim it for free I wanted to get a few hours in and then share it.

At first I did not think much of this game at all.

Would I have returned this game in the first 2 hours for a full refund if I had paid the full price of $19.99? Sadly yes and I would miss out on a good game. In fact, I would not have made it out of the first mission that was a “tutorial” and my guess 15 minutes (I did stop to write down thoughts and take some screens.) It did this game an injustice. Made me think this should be $4.99 game when not on sale (I was wrong!)

While I’m not a fan of excess hand holding and babysitting to a point a goldfish with the IQ of a cucumber could beat this game I understood it was just a tutorial. I did grow fearful I was just going to turn on auto fire and follow the arrow to victory the whole game.

It really lacked any signs of needing to use any of its features, skill points, active skills, tactical placement. 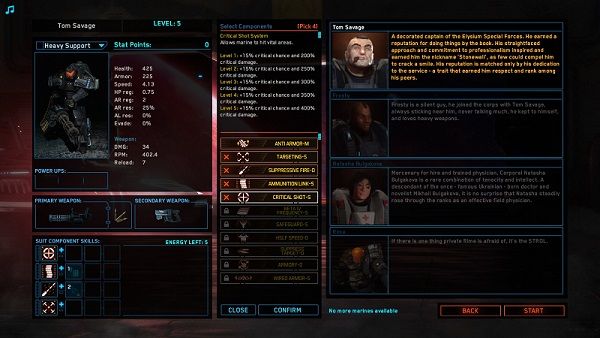 I started to lose all hope of even wanting to mention this game at all. It seems to want to continue on its handholding escapades. Which I fear, I understood why this game was now free for a limited time. Then suddenly I got a message short way into second mission. Informing me it would still give me a general direction I needed to go but less handholding. Yay!

In my stupidity and glee, I rush and had to reset mission 2! After a few deaths mind you because why would I let this game beat me so early on. Yep, I passed over some needed objective items and I could not defeat the swarm that followed. You won this round game—well played. 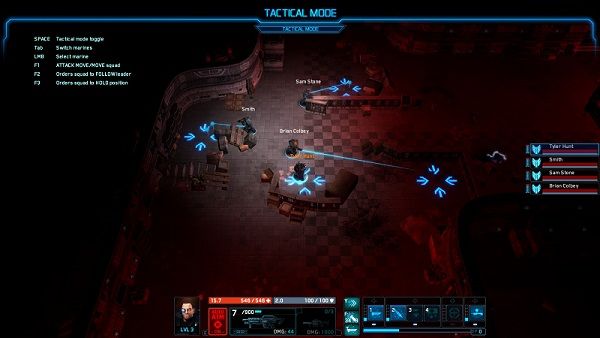 The downside to mission three is it took the game this long to show me it’s what I wanted in the first place! I start to see that dynamics and complexity I’ve been waiting for. Yes, some of the systems were already in place but I had zero reasons to use them or think about them. I’ve played a few games in the past where they had features that were never needed.

While I first smiled and thought “oh that’s cute” at the tactical mode button that was showed early on my mind changed. It slows down time and allows you to give separate commands to each character which now I needed that ability. In fact, this was the first time I even started to care what skills my team had.

Seems rather late but better than never.

Forth Mission and Beyond 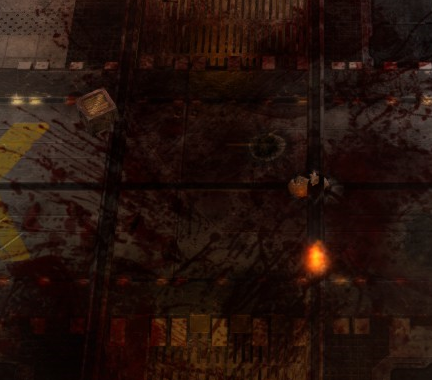 While I’ve not finished the entire campaign I now plan on doing so. Just not all at once. The game now requires that tactical thinking, unit placement, and t skill usage along with time pushes. Something I wish the game started off sooner needing.

In fact, I might just start all over again. Be more mindful of my character points I spent and even explore the maps more to make sure I’ve not missed out on picking anything important up for an unlock.

I’m now also eyeing that multiplayer option and thinking “well I already want a fresh start time to get some friends to join in.”

As a nice little added bonus this game also drops steam trading cards and has 73 achievements for those completion addicts out there!

Screenshots were taken by @enjar of the game The Red Solstice Developed by Ironward.