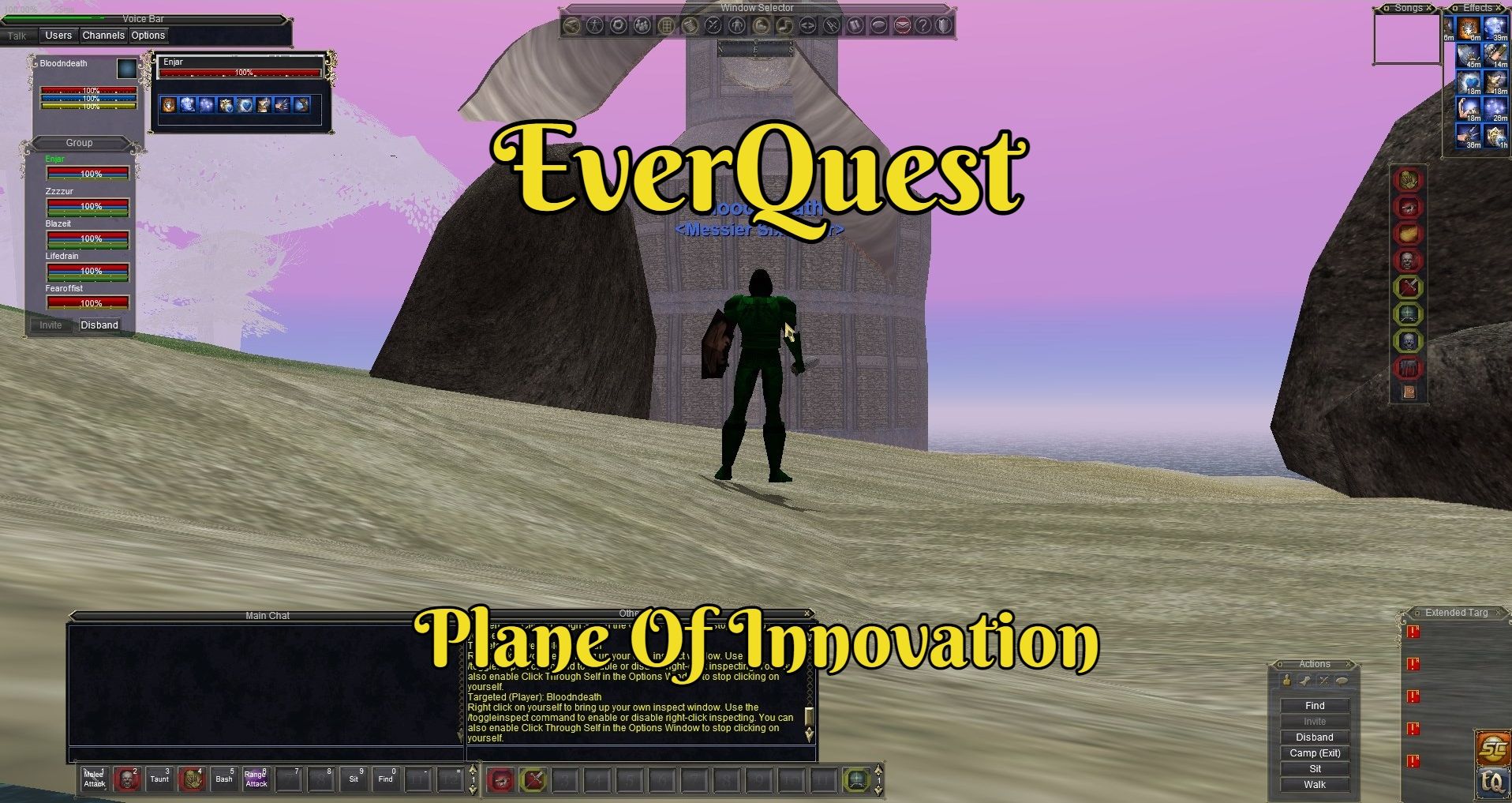 The Planes Of Power expansion in EverQuest brings back the most nostalgia for me. There are so many zones I grinded the daylights out of back in the day that I still have memories of. Granted they are rather faded. I was quite excited to kick things off by leveling up in Plane Of Innovation.

Some of the zones in Planes Of Power do require having the proper key or flag to get into. Some of them if you lack the proper flag will allow access after you hit a certain level.

Plane Of Innovation is one of those places you can just walk right into. That is if you can even find the zone for it in the first place. As it was something I had to be told about back in the day.

Many of the zones in the Planes Of Power have quick access to them through the Plane of Tranquility zone. You don’t have to worry about aggression or any other issues here. It is also quite a wide-open zone. You just got to know where you are going and what to click on or it can be a bit infuriating. Inside a windmill building, there are two cogs on the center pillar around the back of it. One of them is spinning and “controlling” the windmill. The other one is “broken” and is the entry point you need to click to get into Plane Of Innovation. This usually requires you to zoom in to first-person and look upwards to click it.

This place brings back so many memories. it was not my favorite place to grind for experience for the expansion. It was when I started to no longer need to solo so much in the game unless I wanted to for fun. I had made enough friends by the time I reached here that it was easy to get a group back in the day. Plane Of Innovation used to be such a busy place you would be hard-pressed not to find 2 to 4 groups at Zone in. One group would be pulling to the left side. The other group is to the right side. The two remaining groups were usually just forming and would then go left or right and deeper into the zone.

It also was not uncommon for a lot of people looking for a group to just sit on the back wall. This made it quite helpful if a group wiped or if too many adds end up getting into the area. You usually had help, extra heals, buffs, and maybe even someone to resurrect your healer if they died.

Back in the day, this was also when I started to become the person other groups would take note of and if they wiped or their healer got killed. They would drag corpses to me to bring them back. In fact gamers back then use to be quite friendly and helpful to other groups. Back then if I got killed our puller would drag me off to where they knew someone else at a different camp in the zone and get me back up.

It was also quite common if the group that wipes camp was next door. You would help to clear the way for them so they could get back and out of your hair as well! It was also a time for groups to share the different buffs they had with each other. It was quite a nice and friendly atmosphere for gaming back then. 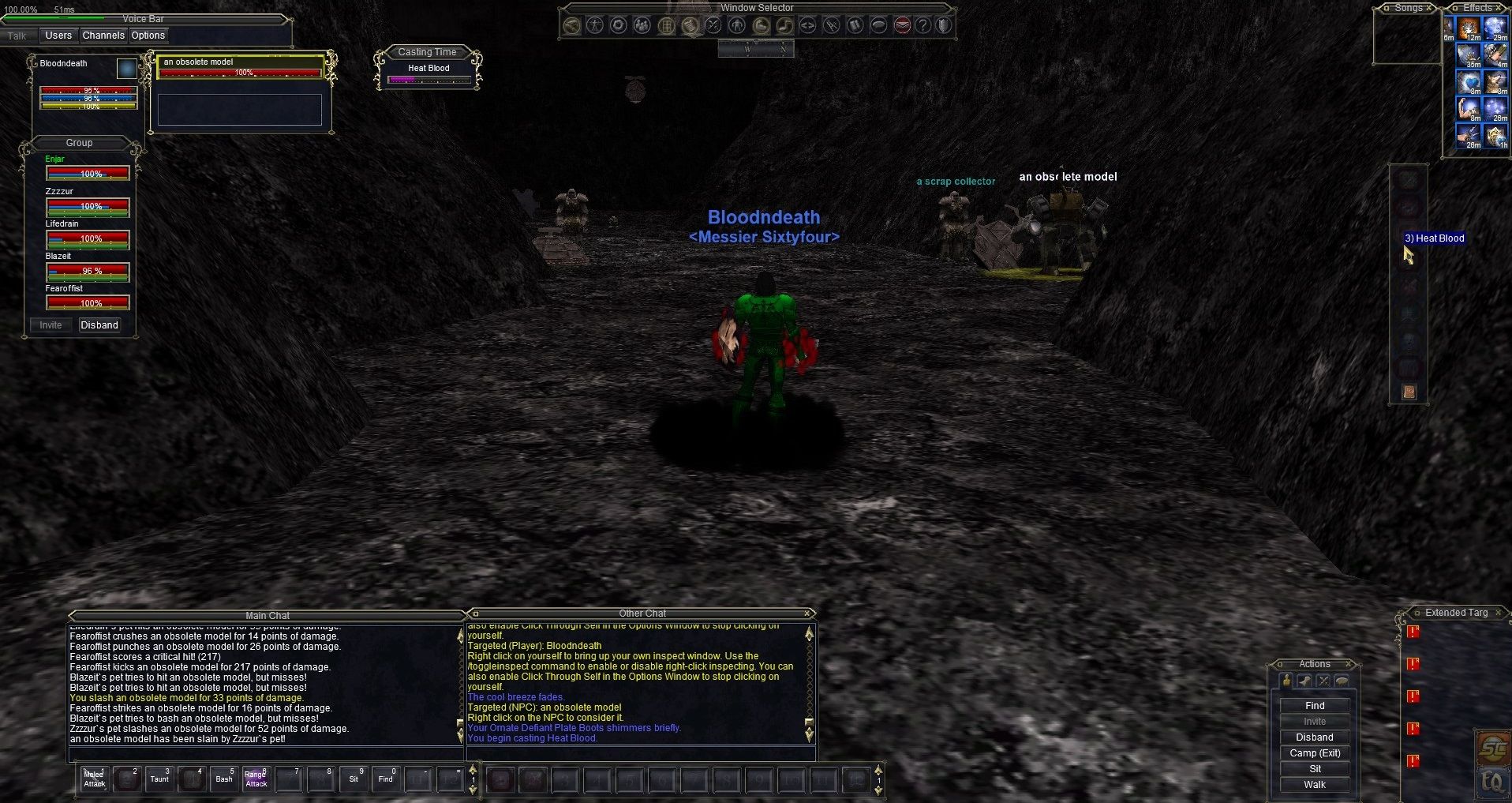 Out of nostalgia, I ended up pulling just from one side of the zone. While it would have been quicker to take both sides and not have to run so far. It just did not feel quite right. As if there was some ghost group on the other side pulling those mobs which there was not. Loot was rather bland here. I don’t think most of what we looted is worth much. We did get an augmentation to drop that you can put into gear if it is the correct slot type.

After a while of pulling to the zone. It was tempting to want to move the group up deeper into the zone. Nothing here really felt like much of a challenge. This zone was a great ice breaker for the expansion for many.

We however decided not this time around. Perhaps at some point, I’ll return and see if there are any named up. One of the fun things once you are much higher level and have superior gear at least for me was always returning to Planes Of Power and soloing raid targets that could be soloed.

Those however require them to be out in the open. There are many raid zones in Planes Of Power where I’m not sure you can even solo since they required a few groups working together to clear past certain requirements to unlock the next section of the raid. Perhaps at some point, I’ll attempt and see how it goes. That however will be quite a long time from time. While the zone feels quite massive I was able to clear quite deep just by pulling from one side. There are some parts of it that I’ve never been to or that I’ve only cleared through during a raid if I recall. This however is not the zone if I only had to pick out of the expansion to spend a long time in. I’m still a few levels off from being able to enter that one. 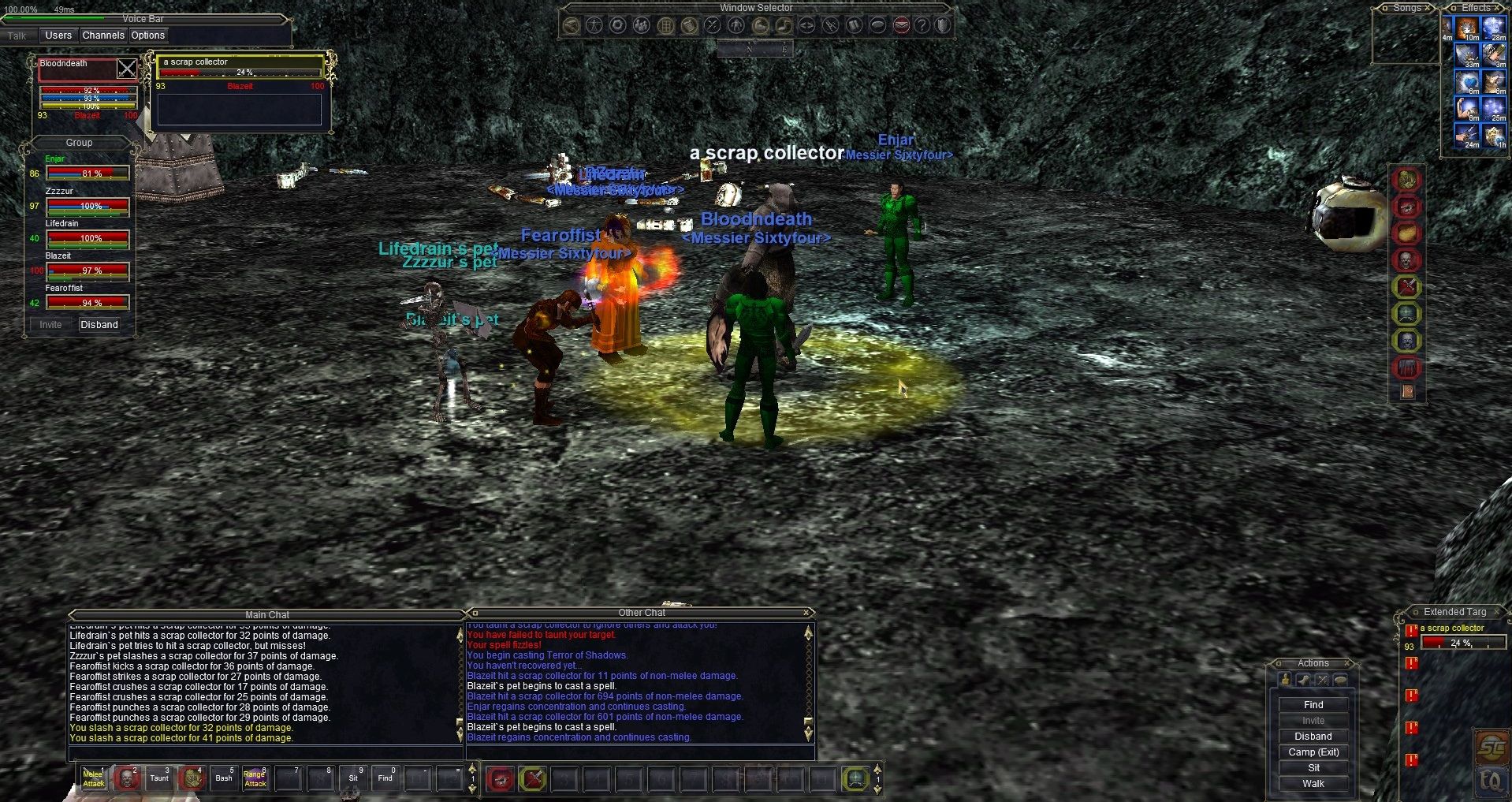 While we did not stay as long as I would have liked. The fact of the matter is there are around 12 different zones that I would love to visit. We ended up getting in here starting at level 50. Most of the zones go up to 65 if you end up going deep into the back of them.

I might even decide to stop gaining normal experience and switch over to AA (advanced ability) grinding just for the nostalgia of it at some point. While it would be better to hold off for later expansions when we are closer to the level cap for where we are playing. I do kind of miss some of my old spots for grinding AA’s in Planes Of Power.