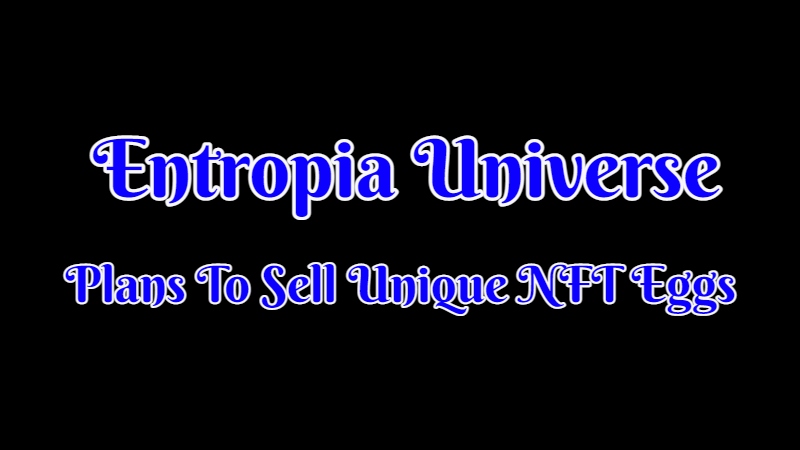 Halt the presses! Is an egg fiasco about to go down again? Entropia Universe will be selling five unique NFT eggs. Sell the house, max the credit cards, and sell both your kidneys. Forget about going all in on Diablo Immortal. An old-school world game is breaking the barrier into NFTS – kind of.

While I am being quite hyperbolic as I tend to be. You really should not take any of this as financial advance. Let alone be selling everything for one of these eggs unless you are a total degen and then there is no stopping you anyways.

For those that know nothing about Entropia Universe let me tell you when the word “egg” is dropped players' hearts skip a beat if they don’t fall over laughing first. Players start to wonder what kind of insanity could this end up turning into?

It is sadly however not that kind of egg. While I’ll be going into what the new eggs will be doing as NFTs one day in the future when they get released. This is the perfect time to go over some lore and history of the Entropia Universe and the egg that would not crack. Granted it has been quite a long time and my memories are a bit foggy.

Back in the day, an event occurred where one lucky person looted a Green Atrox Queen Egg from my understanding an event around Atrox and a queen. If I’m not mistaken that happened back in 2006. It is however kind of hard to find any reliable information these days since so much information over the years ends up getting lost in time.

Neverdie quite a legendary player ended up buying the Green Atrox Queen Egg for next to nothing. Something like $10 or some low amount worth of PED. This egg then went on display and has a bit of a history of being put up as a prized/joke possession between its owners.

This Green Atrox Queen Egg was supposed to be hatchable shortly after it was looted. There was some kind of process for doing so. I never visited the egg or had any firsthand experience regarding this. So those details I have no idea about other than what I recall being told of some of the stories many years ago.

Eventfully this egg ends up getting sold to its final owner another legendary player called Deathifier. Since it was a bit of a joke that the egg was never going to hatch it seemed to have been bought for a rather funny sum of 696,969 PED which one of the Entropia Wiki has it listing as taking place in 2010.

The egg then sat for quite a few more years. Evenly it hatched into an event in 2013 from my understanding. I did manage to dig up some old lore page regarding it.

Now, these new eggs are going to be nothing like that at all. While it could be possible that the owners of these eggs are going to have to wait around for a while before they hatch. As that won’t take place until the Unreal 5 version of Entropia Universe is released. They are also only going to hatch into unique pets. So most of the mysteries there have already been told.

Will these pets end up having any kind of special skills or not is known as yet known. Just that each planet is going to have its own unique one. However, looking into it further it seems not all planet partners are getting involved as there will only be five eggs in total that we are aware of.

All that I know is the holders will get affiliate link that gets paid out in PED for accounts recruited. Of all the things they could have done this to me just seems kind of stupid. I’m just not a fan of something like that in this kind of game.

The auction for the eggs itself is expected to take place sometime in August 2022. Either these things will end up going for a lot or no one will care about them. I would expect either way they still sell for a decent amount since they are unique and come with lore. They even launched a special page on NFT going into the lore behind the different eggs and what planet they belong to.

Entropia Universe has a history of auctions turning into insane bidding wars at the last minute that literately last for days after the auctions were expected to close. Where players stay up for days to keep biding on very rare and sought-after things. Those things were usually however deeds to the moon, ships, and gear. Nothing quite like this.

With Entropia Universe being quite old released back in 2003 it has been interesting to see them slowly try to evolve the game to meet more modern times. I ended up rejoining and playing again after they allowed crypto deposits, were working on Unreal 5, and quite a few other things going on that I’m slowly piecing together.

While I was hoping Entropia Universe’s MindArk would have had a different kind of collaboration between themselves and something like Enjin. It is decently showing some big changes could be coming in the long run.

It was also great to see that many of the planetary partners of Entropia Universe are getting involved with this as well. It was also not shocking that one of them that did not has been rather absent in getting his planet up to date and more in line with the rest of the game.

It’s things like this that make me even more bullish about the game and the future it could have. While I don’t feel this suddenly makes Entropia Universe an “NFT” game. It is at least great to see certain games playing around with such things in different ways. Even if the great gaming community seems to not like it.

As far as will I be attempting to get one of these eggs that will hatch into pets later on? I doubt the couple hundred bucks I could toss at it would even get me close. Even if I assumed people would only buy these to own a unique pet or resell later and not for the affiliate link portion of them. There are more than enough whales that would want that kind of thing that someone like me could not even get close to being in the running for. I would not be shocked if the bid for them after 10 mins exceeds the total amount I could afford.